YouTubeFacebook
The company, originally a partnership known as Sandya Films was renamed as Sumathi Films and subsequently incorporated as Sumathi Films (Private) Limited in 2006, has been in the forefront of the film industry for over 04 decades and achieved outstanding distinction for its award winning cinematic productions.

The name of our founder, late Mr. U.W.Sumathipala, is synonymous with the business world as well as the world of art as a producer of world-class movies and a keen sportsman who was greatly responsible for producing a World Champion in Billiards and Snooker, M J M Lafir. His passion of arts, urged him to enter the field of film production in 1974, with the film titled “Unnath Dahai – Malath Dahai” (I Will Win – Come What May) which was an impressive box office success, studded with a galaxy of top notch stars of the day.

He received international acclaim with the film White flowers for the Dead (“Ahasin Polowata”). In 1978, at the 3rd International Film Festival in Cairo, this film (directed by the nonpareil, Dr. Lester James Pieris) won the Akhenaton award for the Best Film from a third world country. This was a milestone in the annals of Sinhala Cinema.

Following this success, arrived The River’s Brink (“Ganga Addara”) directed by Mrs. Sumithra Pieris, jointly produced by Mr. U. W. Sumathipala and his wife, Mrs. Milina Sumathipala. This film too bagged prestigious awards, including Presidential, OCIC and Sarasavi film awards and incidentally was the winner of the highest number of awards that year. In commemoration of these achievements.

“Uppalawanna” a modern Theri Gatha directed by Prof Sunil Ariyaratne and produced by late Dr (Mrs) Milina Sumathipala in 2007 won 04 sarasavi awards and 04 Signis awards. By popular request, this film was screened at the International Buddhist Film Festival in London in May 2009, and at the 2nd Asian Buddhist Film Festival in Singapore in May 2011 where it was cited as “an excellent film, demonstrating the demands of nun hood in Sri Lanka and the dilemma the young nun faces when having to react to an injured murderer, revealing much about the practices of Buddhism in Sri Lanka and is a moving human story”

Later on after a gap of nearly 09 years Mr. Jagath Sumathipala and Mr. Thilanga Sumathipala became the co-producers of movie “Paththini” which was produced by late Dr. (Mrs.) Milina Sumathipala has won SLIM Nielsen peoples award in 2016

Sumathi Group inaugurated the Sumathi Awards Festival, the only annual event held in Sri Lanka where the best in the TV industry are recognized, felicitated and rewarded.

While producing outstanding award-winning cinematic creations, Sumathi Group conducts an Annual Television Awards Festival. This series, which has been conducted for 15 years, was pioneered with the specific purpose of enhancing popular appreciation of quality television productions and the best in the creative achievements of talented TV artists. Let us ensure that the awards will lead men & women towards a healthy and wholesome style of life illuminated by morality and righteousness. 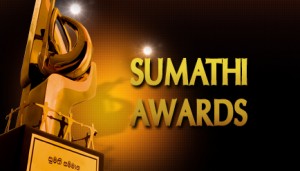